If you haven't heard "I've Seen All Good People" then you're living in a cave, man.  But radios are portable and you can bring radios into caves, so I guess that isn't really a limiting factor.  Then again your reception would probably be pretty bad th......I'm digressing. The point is unless you're a millennial (who doesn't even know what a walkman is) then you've heard this song.

According to Wikipedia, Progressive rock (shortened as prog; sometimes called art rock, classical rock or symphonic rock) is a broad subgenre of rock music that developed in the United Kingdom and United States throughout the mid to late 1960s. Initially termed "progressive pop", the style was an outgrowth of psychedelic bands who abandoned standard pop traditions in favour of instrumentation and compositional techniques more frequently associated with jazz, folk or classical music


If you didn't listen (and I don't blame you if you didn't) it's kind of a tease. It starts off  solid featuring a driving guitar riff and heavy drums.  Decent vocals and lyrics.  Sounds like typical 70's rock.   And then........ the flute!  A flute!  In a rock song!   And it goes on and on and on. Who goes to a rock concert to see a sweaty dude on the flute?  Unless that sweaty dude is Ron Burgandy, the answer is nobody.  Now let me make this clear:  I got no beef with sweet jams.  I love a good guitar solo.  Even a self indulgent drum solo.  John Bonham used to play such long drum solos during Moby Dick that the rest of Zeppelin used the time to take a bathroom/drug break. So I guess it wasn't even self indulgent.  He was being charitable. Without John, Jimmy Page wouldn't have the time to get properly zonked for the second half of the show.  What a nice guy, John Bonham!  See below:


Pretty impressive. Bonham did that on the spot.  None of that drum solo was written ahead of time. All spontaneous improvisation.  Kudos.  But Jethro Tull isn't jamming on Locomotive breath, they're self-indulging.  It's all pre-written flute drivel that lacks any creativity whatsoever.  And no, putting a flute in a rock song does not constitute creativity.  No one wants to listen to that other than Ian Anderson, the dude on the flute. ROCK TIP:  A flute solo should never be the highlight of your song. Now don't get me wrong.  I like the flute.  In an orchestra.  Or in the privacy of your own home.  Unless you are Jeff Lynne (of Electric Light Orchestra) or the Beatles you got no business putting a flute on your rock stage. And even then you better do so carefully as an orchestral accompaniment. 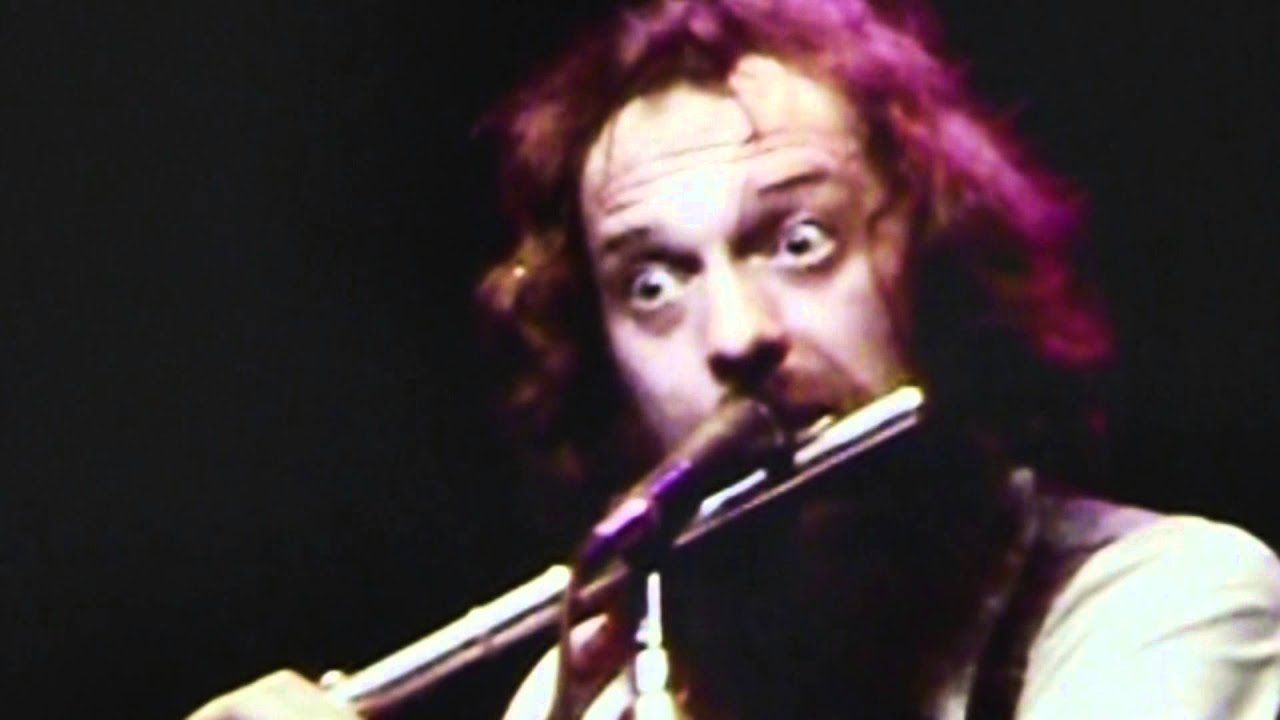 Quick Tangent:  Back in high school a classmate tried to impress me with his knowledge of music by telling me his dad once saw Jethro Tull jam out in a bar in DC.  Except clearly he didn't realize Jethro Tull was the name of the band and Ian Anderson was the dude on the flute.  This high school classmate was very impressed with his Dad.  "Dude, Jethro walked into this dive bar man and he pulled his flute out and he just f**kin' went nuts on the flute dude. Playing along with the bar band.  Jethro, man!  For 14 minutes straight.  Just jammin', it was crazy.  My Dad ended up having a beer with Jethro after.  What a cool dude"  Well Jethro might have been a cool dude but my classmate? What an asshole.  I should have asked him what his opinion on Steely Dan's metal content was.  "What if Dan gets metal poisoning?  Would that mean that Dan is TOO Steely?   Is that a trick question? I don't know dude!"

Anyway progressive rock blows.  Don't even get me started on Rush.  (BTW Why aren't there any good Canadian bands?  No - Bachman Turner Overdrive, Tragically Hip and the Guess Who are not good bands)  But let's get back to Yes.  They aren't Canadian, they're English.  And they don't prominently feature a flute in I've Seen All Good People but they do showcase two recorders playing  in the third verse.  Not one, two.  Yes.   Recorders.  They're not real flutes, but they kinda look like flutes.  They're wooden or plastic.  You probably got one in third grade for your talent show or music recital.  Come on, you remember that.  Your Dad came home after a long day at work and you were practicing the recorder in your room and he just wanted to have his dinner in peace.  But you continued to play and his eye started twitching and he threw his plate across the kitchen and it shattered on the wall.  He lost it and stormed upstairs, snatched that Godforsaken recorder from your hands and snapped it in half over his knee. Then he yelled at your Mom for overcooking the meatloaf and she cried and went to stay with her sister for two weeks. Man, your Dad had anger issues!


'Cause it's time, it's time in time with your time
And its news is captured
For the queen to use!
Move me on to any black square
Use me anytime you want
Just remember that the goal
Is for us all to capture all we want (Move me on to any black square)
Don't surround yourself with yourself
Move on back two squares
Send an instant karma to me
Initial it with loving care (Don't surround yourself)
What the shit was that?  Are John Anderson and Chris Squire of Yes trying to teach me chess?  No, the lyrics can't be that lazy.  It can't. Were they writing a song and they couldn't think of words so they pulled out the directions that came with their Hasbro chess set and started transcribing them to music?  Was the writer's block THAT bad?   It must be a metaphor.  A metaphor for interpersonal relationships.  But that's even worse.   Nope, the lyrics don't save the song.

Toward the end of I've Seen All Good People it basically morphs into another song all-together .  You basically have two songs combined into one.  I'll call everything after the shift, Part 2, because it bears no resemblance to the first part of the song.  Part 2 repeats the same musical phrase over and over again in progressively lower keys.  The same verse is repeated  over and over again:

Maybe it's the lackluster lyrics.  It might be the not-so-catchy melody repeated over and over ad nauseam in progressively lower keys.   In and of itself, repetition isn't a bad thing.  Some of the best songs are extremely repetitive.  Just listen to the coda in Hey Jude.

How can you argue with repetition there?  Or their use of symphonic instruments?  You don't hear any recorders or flutes in there, do you?  But if you did, the Beatles would probably find a way to make it work.  They used a melotron in the beginning of Strawberry Fields.  It kind of sounded like flutes.  And it was great.  That's one of their best songs!  They were the Beatles. They had Ringo singing about submarines and octopi and no one was complaining.  In fact people love those songs.  Yes, songs plural. The octopus and submarine weren't even in the same song.  They were in two separate songs.  And the songs weren't written for children!  Man, the Beatles were brilliant.  Who else could have pulled that off?

So is Yes - I've Seen All Good People really the worst song in the world?  Probably not.  I probably got carried away.  But it's pretty bad.  As is Locomotive Breath by Jethro Tull.  Progressive rock is generally terrible.  The only progressive rock album I'll give a pass to is Genesis - Duke.  But that's an anomaly.  Pretty much all of their albums before that were rambling nonsense (Thanks, Peter Gabriel).  But that's another blog post for another time.  Let me just leave you with one question before I go.

How Steely is Dan? 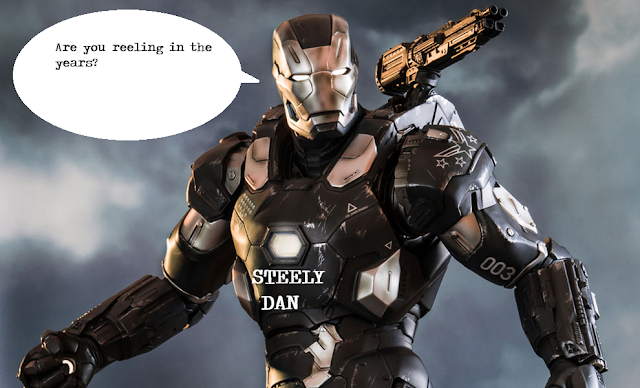 Popular posts from this blog

The is the most brilliant Olive Garden commercial spec script ever (click here for link).
Read more 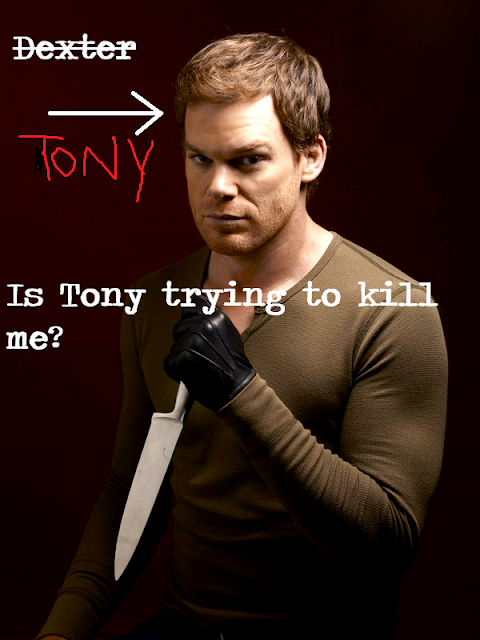 Some of my online live customer service chats are amazing.  The customer service reps will say unexpected hilarious things.  Some of them don't work as well.  I have learned that they don't seem to pick up on nuance.  Either that or they don't feel it's appropriate to tell me my friend is trying to kill me.   Please see both conversations below, one from Office Depot and one from Kohls.  You will see what I mean.  I think I made the dude from Office Depot so uncomfortable he ended up ghosting me. Maybe Tony was just trying to be nice and this was all a big misunderstanding?  You decide. OFFICE DEPOT Dulsie Nelson : Hi, my name is Dulsie Nelson. It will be my pleasure to assist you today. You : Hi Dulsie You : How are you doing today? Dulsie Nelson : Hi Scott Dulsie Nelson : Welcome to office depot You : Thank you, my friend You : You humble me with your hospitality Dulsie Nelson : I am fine Scott, How about you ? You : I am good. It is almost Thanksg
Read more

Another live chat with Office Depot Customer service.  Enjoy! Maria : Hi, my name is Maria. It will be my pleasure to assist you today. You : Hi, I am Lieutenant Scott.   Nice to meet you Maria. How are you on this fine day? Maria : Welcome to Office Depot Lieutenant Scott. I am doing great, thank you. I hope you are well. You : Yes, I am very well You : So look, I need some help shopping -Let me explain Maria : That sounds wonderful. I will be happy to help you with that. You : This is going to sound crazy. But I am from the future. I am from the year 2249. Resources have become scarce. Lots of diseases and natural disasters have killed 95% of the world population. I am my community's last hope. They sent me back in time to procure AA batteries.  I need about 35,000 AA batteries.  What is the largest package of batteries that you sell? Maria : Please allow me to check this for you Lieutenant Scott. You : Thank you.  My community of mutants, scavengers a
Read more